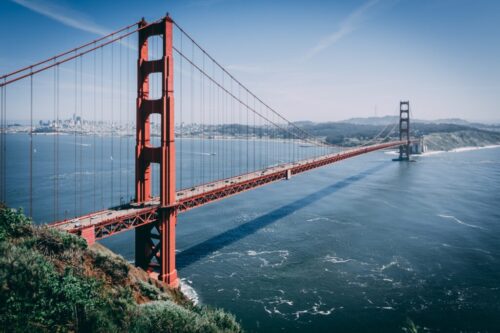 They made sure all the workers were safe. Workers had to wear hard hats and there were safety nets. In case someone fell, and that did happen.

It saved the lives of 19 people because they knew safety was important. Just like today. Safety is important in 1937, it was completed. It only took four years to build and by the time it was completed, it was the longest bridge and the tallest bridge, making it the biggest bridge in the world.

Now you know it’s international orange, it’s one of the seven wonders of the modern world, so we’re just going to skate away and we hope to see you next time. Maybe we’ll see you on the Golden Gate bridge in California someday thanks for hanging out with us. You are awesome!